Posted on March 7, 2020 by Aristidis Marousas

This will be the first season in history that Germany will be unable to produce ice wine, a UN report found most men and women hold biases against females, the coronavirus continues to take its toll on the global economy, the U.S. and Taliban…

Posted on December 23, 2019 by Aristidis Marousas 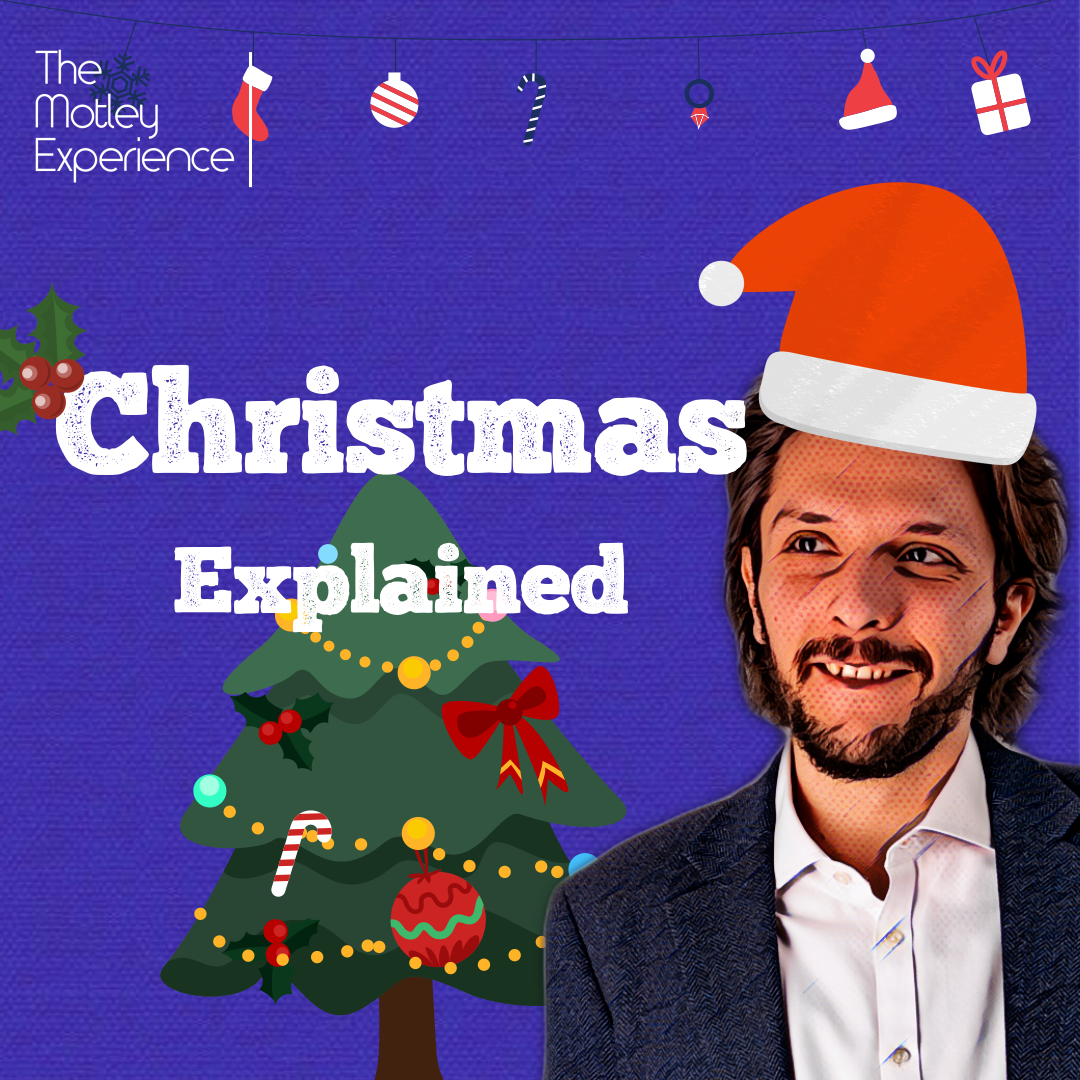 We love Christmas time but do we know the true origins of the holiday? In this episode of Stuff Explained, Aristidis Marousas traces the history of Christmas all the way back to neolithic times. Tune in to learn about the impacts of society and…

Posted on December 16, 2019 by Aristidis Marousas

Where did our modern idea of Santa Claus originate from? In this episode, Aristidis Marousas explores the long history of how a man named Nicholas went from being a bishop, to a saint, to a globally recognized icon and legend of the Christmas season.

Posted on November 25, 2019 by Aristidis Marousas

What is the history of American Thanksgiving? Was the (in)famous Thanksgiving held by the Pilgrims at Plymouth Plantation really the first of its kind? The truth is revealed in this episode of Stuff Explained from The Motley Experience.

Posted on October 18, 2019 by Aristidis Marousas

Risk of major California earthquake increases, the opioid crisis is costing billions of dollars every year, more six-figure-income families are renting over owning a home, racism in European soccer games is still a big issue. These, and more, are the newsworthy stories from this…

House and Senate pass a $4.6 billion humanitarian aid bill for the border, breakdancing to be added to the Olympics, a new arms race over hypersonic missiles, and researchers calculate the cost of hungover workers to the British economy. These are the newsworthy stories…

Posted on January 11, 2019 by Aristidis Marousas

NBC reducing ad times, a new tech for TV screens, Turkey’s Erdogan refusing to meet with US officials, and a record breaking government shutdown. Here are the top newsworthy items from this past week as shared on our Facebook page.

Posted on September 28, 2018 by Aristidis Marousas

911 centers affected by low unemployment rate, former felons to regain voting rights, foreign investment in Africa, Elon Musk’s legal troubles, and a growing number of babies born with opioid addiction. Here are the top newsworthy items from this past week as shared on…

The Motley Experience WRSU Podcast for 2 11 14

Posted on February 12, 2014 by Aristidis Marousas

The Motley Experience is back on 88.7 WRSU FM New Brunswick! Check it out every Tuesday from 12pm to 1pm from now until May. For live streaming, visit http://www.wrsu.org and click “Listen Live”! In case you miss the live show, you can listen to the recording…